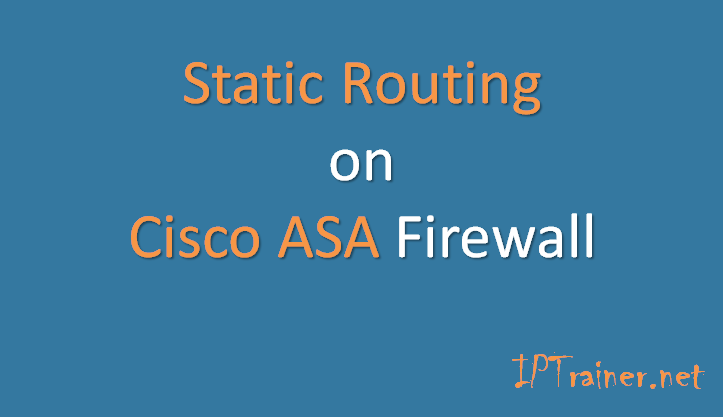 Well, we just need to change the values like interface, a destination address, netmask, and next-hop. The interface will be the nameif you have assigned to a particular interface. Then, we need to specify the destination address with the netmask. Finally, you have to configure the next-hop IP address.

So, the default route configuration example will be

In this way, we have successfully configured all three static routes on Cisco ASA Firewall. You can check all these routes using the below show command:

All the highlighted entries with red color is the static routes we have configured on Cicso ASA Firewall.

In this session, we will configure the static routes using Cisco ASDM. Before starting, make sure that you have access to Cisco ASA Firewall using ASDM. 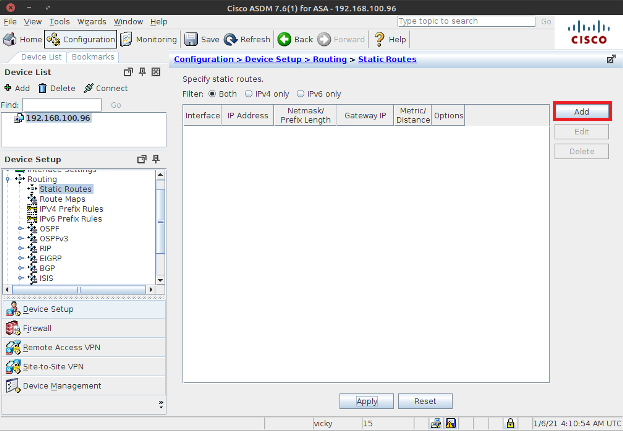 Once you click on Add button, a popup window will appear. In this window, first, you need to select the interface, then you need to define the destination address with netmask and gateway. You can refer to the below image. 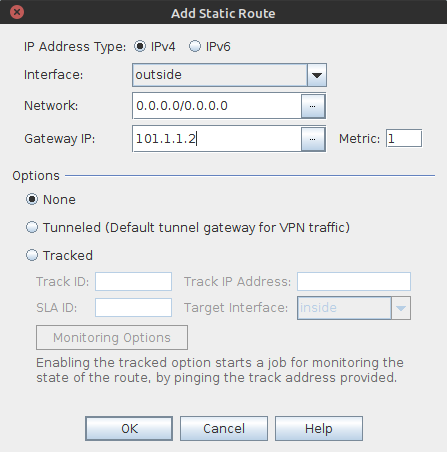 By default, the matric is 1 for static routes. However, you can change the matrix as per your requirement. I’ve configured the destination address without any address object. It will be a great idea to have address objects configured on ASA Firewall.

Similarly, you can configure different static routes pointing to the Internal Core. Once, you finish the configuration, you must need to apply the changes so that the changes are effective on the Cisco ASA appliance.

Routing is essentials for all firewalls in routing mode. Cisco ASA supports both static and dynamic routing. In this article, we have configured static routes using CLI and ASDM. Both ways are very easy and helpful to configure static routes. Finally, we have checked static routes on Cisco Firewall using CLI.